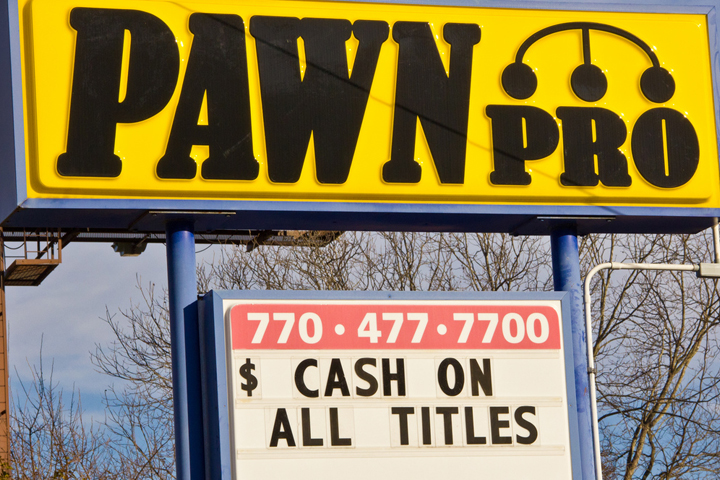 In the last few weeks, drivers have noticed a subtle change at the intersection of Fairhaven Avenue and Route 1 in Northern Virginia. The palm-reading fortune teller who had this location for decades has closed up shop, and the building is now a LoanMax — the newest location of the growing car-title lending industry in Northern Virginia.

“We’ve been slowly trying to get higher quality economic development here, but simply to have a palm reader replaced by car-title lender isn’t much of an upgrade,” said Delegate Scott Surovell, who represents that part of Fairfax County in the House of Delegates.

“What these guys do is government-authorized loan-sharking with the repo man acting in the role of Don Corleone. It’s not the kind of business we want to be attracting to Virginia.”

Three years ago, the General Assembly created a set of rules specifically for the industry. At the time, Delegate Terry Kilgore made a prediction.

“Under this law, Mr. Speaker, I will say the industry will not grow, but it will shrink,” said Kilgore.

That prediction ended up being wrong — very wrong.