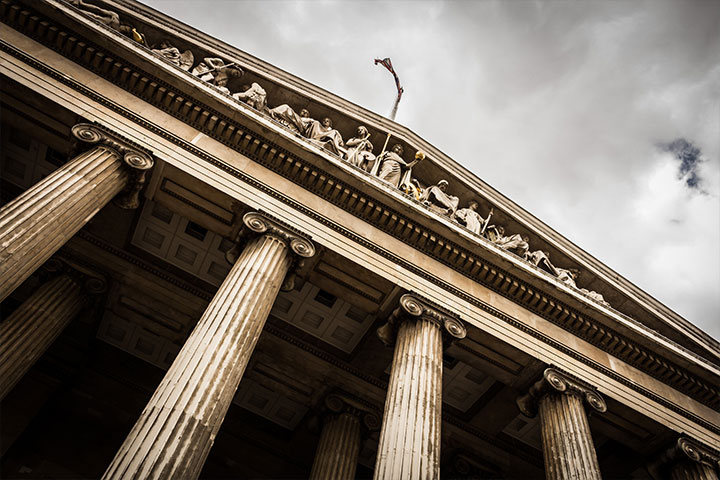 This past week was crossover at the Virginia General Assembly meaning that the House of Delegates will now consider Senate bills and the Senate will consider House bills.  VPLC advocates reviewed 2,600 bills introduced in the first two weeks of the session and decided to follow 255 of those bills as they made their way through the House and Senate committees.  About 1,500 bills are still alive (meaning they have passed either the House or Senate) and VPLC advocates are following 140 of those bills.

Below is a look at how the issues we identified in our Legislative Agenda are faring:

Many bills were introduced by Republicans and Democrats, at either our request or the Governor’s, that would clarify Virginia law regarding internet, car title, and open-end credit lending.  Unfortunately, all were defeated.  Instead, both the House and Senate asked the Virginia Bureau of Financial Institutions to study internet and open-end credit lending over the next year and bring a proposal for legislative changes to the 2018 General Assembly.  VPLC will be heavily involved in that study.  Additionally, we are supporting a bill to assist members of the armed forces who must relocate and have difficulty canceling services such as home security or internet.

Improving the Rights of Renters

Several bills introduced would have severely curtailed renters’ rights in Virginia.  VPLC has worked with the patrons of those bills, advocating for those who rent their home.  Some bills were withdrawn while others were amended to remove those sections that were harmful to renters.  Several other bills introduced would give renters more notice and rights when their landlord’s property is foreclosed on by the lender. There are several of these types of bills still alive, and VPLC expects them to pass in their respective chamber and go to the Governor for his signature.  We are pleased with the results so far, especially since VPLC is the sole voice for renter’s rights at the General Assembly.

VPLC has been working on many different bills regarding the empowerment of children in foster care, child protection, substance-exposed newborns and school discipline.  We were able to successfully amend several bills to remove language that was harmful to low-income children and families.  We are supporting several bills that are still alive.  These bills include reducing the incidences of children being suspended from school for minor behavioral issues, ensuring youth who age out of foster care are signed up for the Medicaid assistance for which they are eligible and would clarify some of the rules under which families who adopt children with special needs can receive assistance. VPLC is also concerned about a bill that may make things needlessly more difficult for pro se litigants (people who represent themselves), by requiring that some proceedings in family law cases be heard in circuit court rather than domestic relations court.

VPLC supports several bills that are still alive:  a bill that supports victim safety and holds offenders accountable for their crimes, and a bill that makes it easier on children testifying in court.

From the moment President Trump was elected, there has been speculation about the future of the Affordable Care Act.  VPLC cannot respond to all the rumors and speculation in the media but we, along with the members of the Healthcare for AllVirginians coalition, will continue to oppose cuts to existing health programs and support needed improvements.

Reduce Hunger in the Commonwealth of Virginia

VPLC successfully led the effort to defeat a bill that hurt the poorest Virginia families’ opportunities to become self-sufficient and independent.  VPLC and many other groups successfully defeated a bill that would have required drug screening for all TANF recipients participating in the VIEW work program.  Low-income families need support, not suspicion and this bill would have continued the unfair and unfounded assumption that low-income has some correlation with drug abuse.

The 2017 General Assembly session is scheduled to conclude in 10 days, February 25th.  VPLC will continue our advocacy efforts on behalf of Virginia’s low-income population.  You also still have time to make your voice heard on the issues that concern you.

FYI – the Veto session will occur one month after the General Assembly session ends.  During that time, the Governor must deal with all bills that have passed both the House and Senate.  The Governor then has four options.  He can sign the bill into law, amend the bill and return to the General Assembly for approval, veto the bill and return it the General Assembly, where the House of Delegate and Senate may override the veto by a two-thirds vote of both houses, or take not action and the bill becomes law without the Governor’s signature.  You can learn more about the process here.  Once the Veto session is over, VPLC will begin work on our Legislative Outcomes report and get you a copy as soon as its complete.