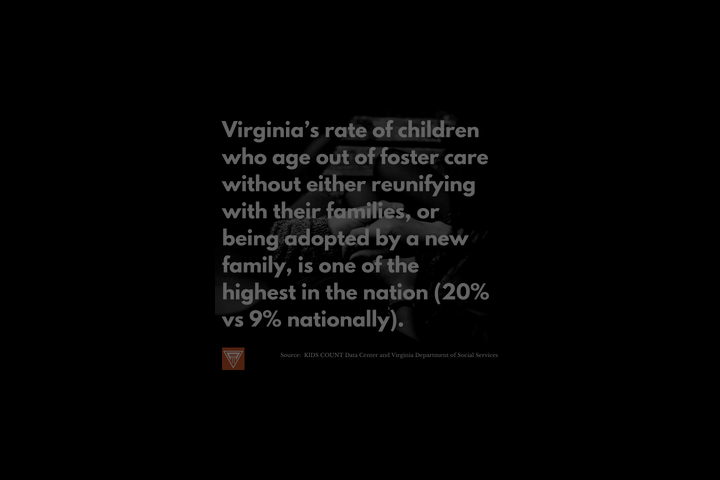 Following on the heels of National Foster Care Month, Virginia Governor Ralph Northam has declared June to be Family Reunification Month. This is important, because Virginia’s rate of reunification after a child has been removed from a family and placed in foster care is only 30%: considerably lower than the national average of 50%.

While the initial goal for nearly every child removed judicially due to abuse or neglect is reunification, many families— for various reasons— do not succeed in reaching this goal, which means that families are permanently torn apart. For older children, who are less likely to be adopted, this often means becoming a “legal orphan:” a child whose parents no longer have any legal relationship with them, but who are never adopted.

New federal legislation—the Families First Prevention Services Act—will present an opportunity for Virginia to overhaul its child welfare system with a renewed emphasis on prevention and reunification. Virginia can investigate implementing some innovative programs that show promise, such as: intensive wrap-around services that target both parent and child; partnered parenting, where both the foster family and the birth parents provide parenting for the child; Full Family Foster Care, where the birth parent as well as the child live with the foster family; and peer mentoring by other parents who have been successful in having their own child returned.

Removing a child from her family has been shown to cause lifelong trauma to a child. Permanent removal should therefore be a very last resort, when a parent has been unwilling or unable to make changes that would allow the child to be safely returned. But existing practices in Virginia do not necessarily take into account the challenges that birth parents face in making these changes. Birth parents who were themselves in foster care as children may deeply mistrust the child welfare system, and be resistant recommendations by social workers. As former foster children, they start off as parents without having had good parenting role models themselves. And any parent with their own history of trauma—whether they were a former foster child or not—may have issues with trust and retraumatization that make it difficult for them to make progress on Virginia’s reunification timeline (which is shorter by three months than federal law allows for).

VPLC supports efforts to increase family reunification, and this year worked on some successful legislative initiatives to help keep families together. The Kinship Guardian Assistance Program—or KinGAP—will enable children who can’t be returned to their parents to live instead with relatives; VPLC also worked with legislators to create a new rule for foster care proceedings that will enable some children to return to their families as teenagers if they wish (and their parents’ circumstances have improved after having their parental rights terminated).

VPLC is grateful to Delegates David Reid, Emily Brewer, and Karrie Delaney, as well as Senators Siobhan Dunnavant and Barbara Favola, for sponsoring these important changes in Virginia law that will help keep families together.