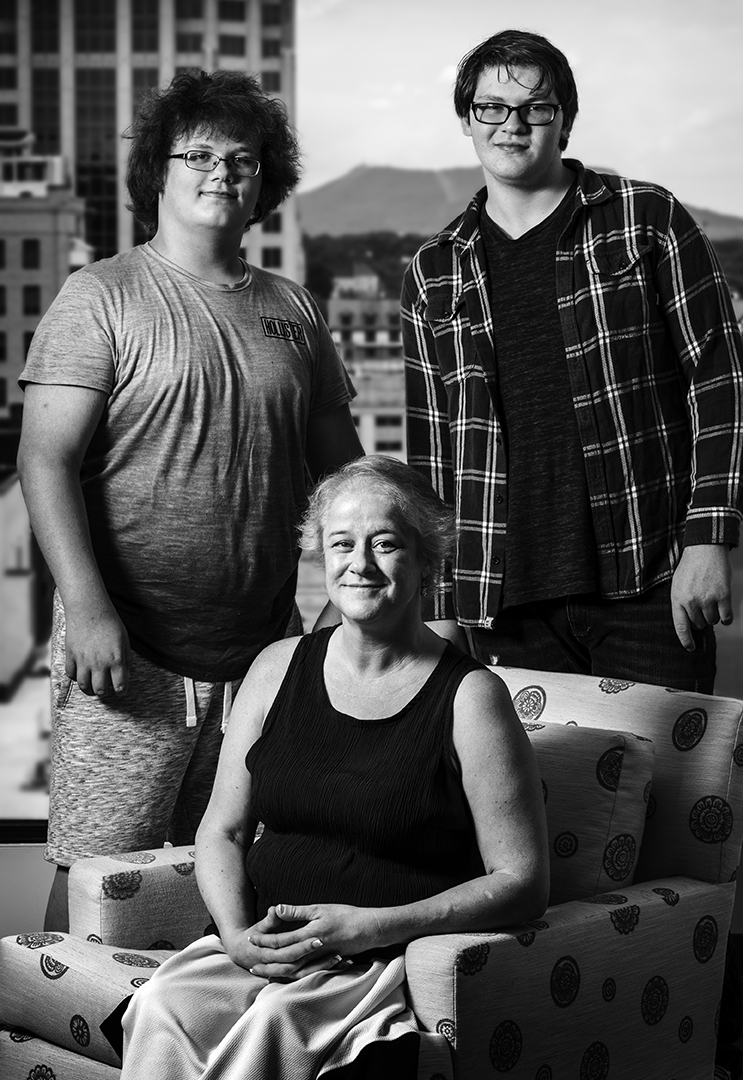 Kathryn was born and raised in Southwest Virginia, a proud mother of three children and devoted “Nana” to a beloved grandson. She grew up in the home her paternal great- grandfather built at the turn of the nineteenth century. Her great-grandfather had built a separate house for each of his eight children on the land he owned near 12 O’clock Knob Mountain. Kathryn’s childhood memories include running well- worn paths from that home to her grandparents’ home, playing with cousins, and enjoying the beauty of black gum trees and the Blue Ridge Mountains.

In 1999, after the death of her grandparents, Kathryn purchased their home. Her childhood home, where her parents still lived, was just up the hill. Kathryn remembered feeling lucky and grateful her children could have the same family support and memories she’d had as a child.

But nineteen years later, Kathryn was experiencing a completely different feeling as she faced, for the fourth time, the possibility of losing her family’s home, the only one her children and grandchild had ever known. The thought of being forced to leave the place where generations of her family’s memories had originated – Christmases, Thanksgivings, baby showers and even funeral wakes – was taking its toll on her. Kathryn said, “It was gut-wrenching and emotionally devastating, especially knowing there was nothing I could do to stop it.” Despite decades of struggling, fighting, and trying to comply with the unrealistic, never-ending, and constantly changing demands from the mortgage company, Kathryn found herself in the eleventh hour almost out of time and options.

She watched as her mortgage company sold her home on the steps of the Salem courthouse.

In desperation, she contacted her local legal aid and connected with Advocates for Community, Equity and Shelter (ACES) attorney Patrick Kelly. Kathryn recalled meeting with Patrick for over two hours that afternoon as he listened to her go over the housing issues, asking questions, and listening again. Kathryn said, “It was the first time in years someone had truly listened and understood the problems I was having with the mortgage company.“

Kathryn left the legal aid office later that evening not only with two certified letters to mail but an overwhelming sense of relief.

ACES attorney Patrick prevailed and saved Kathryn’s home – even after the mortgage company foreclosed on her home and sold it. He filed suit the same morning of the sale and negotiated an agreement.

Kathryn continues to live there today with her children and her grandson, and she continues walking the well-worn path between her family’s homes, in the steps of her ancestors.