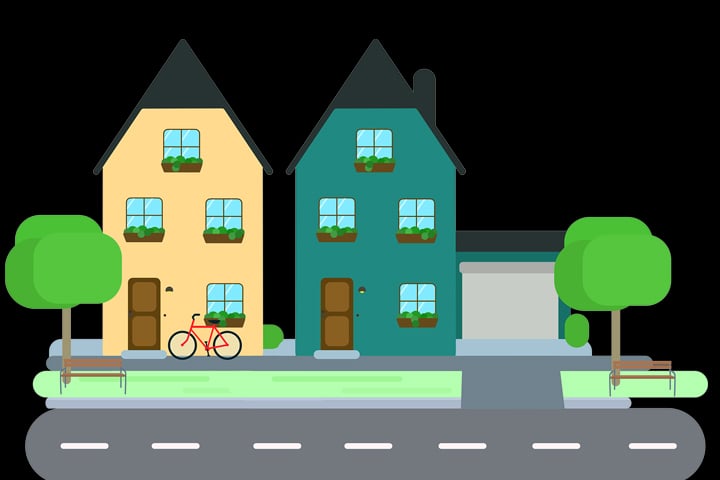 In 2017, Virginia had enough affordable housing units for only 54 of every 100 low-income families,  according to the National Low-Income Housing Coalition.  This means almost half of low-income Virginians—more than 188,000 households—did not have access to housing they could afford.  This shortage is most pronounced among extremely low-income households, i.e., those earning less than 30% of median income, for whom Virginia had only 37 affordable homes for every 100 families in need—a gap of more than 156,000 affordable dwelling units.

One important approach to meeting the need for affordable housing is through so-called “inclusionary zoning” ordinances.  An inclusionary zoning ordinance requires a housing developer to make a certain percentage of the units in a new project affordable to households earning between 30% and 80% of the area median income, often (but not always) in exchange for valuable incentives such as expedited approvals or increased density allowances.  As the U.S. Department of Housing & Urban Development has observed, “[t]his integration of affordable units into market-rate projects creates opportunities for households with diverse socioeconomic backgrounds to live in the same developments and have access to same types of community services and amenities [and] because[,] it leverages private-sector development, IZ requires fewer direct public subsidies than do many other state and federal programs that promote mixed-income communities.”  Over the past five decades, more than 400 jurisdictions nationwide have adopted inclusionary zoning ordinances.

Virginia currently allows localities to adopt inclusionary zoning programs under two different Code provisions.  A handful of jurisdictions (“the Counties of Albemarle and Loudoun, and the Cities of Alexandria and Fairfax,” as well as Arlington County), are authorized to adopt inclusionary zoning laws under Code § 15.2-2304.  While this provision requires localities to offer builders a “density bonus” in return for developing moderately-priced housing, the statute otherwise provides ample flexibility for localities to tailor their inclusionary zoning programs to local needs and considerations.  A density bonus allows a developer to build more units on a site than would ordinarily be allowed, thus generating additional revenue that offsets the cost of keeping some units affordable.

Another key provision of Code § 15.2-2305 limits the circumstances in which localities to impose inclusionary zoning requirements on builders to certain high-density site plans or where an application is made for a site to be re-zoned or for a special exception to be granted.  Developers who wish to build low-density housing can avoid inclusionary zoning obligations altogether by conforming their site plans to existing land use restrictions.  Still other provisions of Code § 15.2-2305 require localities that enact inclusionary zoning ordinances to adopt time limits for processing site plans, give public housing agencies a right to buy up to one-third of new housing units, and impose “reasonableness” limitations on local enactments that may invite litigation from developers.

The restrictions and limitations that Code § 15.2-2305 imposes on local jurisdictions make them less likely to adopt inclusionary zoning ordinances, and makes their inclusionary zoning programs less effective when they do.  That is why the Virginia Poverty Law Center supports SB 290, a bill that Senator Jennifer McClellan has introduced this session to make Code § 15.2-2304 applicable statewide.  With an affordable housing shortage of more than 188,000 units and over one-third of Virginia’s low-income families crushed by rents beyond their means, the General Assembly should not delay in giving local jurisdictions the tools to promote the development of new affordable housing in their communities.