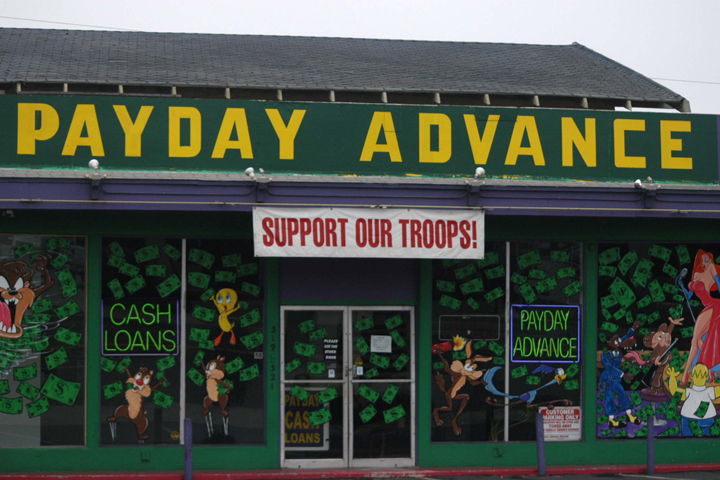 The following is blog post from VPLC’s Director of Outreach and Financial Advocacy, Dana Wiggins:

Today the Obama Administration and Department of Defense came out with proposed changes to the Military Lending Act that would plug loopholes being used by lenders that exploit members of the military.

We doubt that anyone can seriously argue that these changes are not needed.  When the law was passed, most lenders either conformed their product and practices or got out of the business.  But some others, dreamed up new products and practices that took advantage of loopholes they found in the law.  These unscrupulous lenders continued to take advantage of military families and gained unfair advantage over lenders that follow the law.  So, the loopholes need to be plugged.

One of the key loopholes is the use of open-end credit (loaning money with no set time period for its repayment) to avoid the Military Lending Act.  Many lenders changed their products to look like open-end credit so they didn’t have to abide by the 36% interest rate cap.  These proposed regulatory changes plug that loophole.  By the way, this is the same loophole currently being exploited by former payday lenders in Virginia who do not want to follow the Virginia Payday Loan Act. VPLC and others have tried unsuccessfully for years to get the Virginia General Assembly to plug that loophole.

I applaud these regulatory changes. Not only are these proposed measures essential to allowing men and women who serve to do so without the weight of predatory loans and its effects on the minds, but they provide a path to military families maintaining financial stability and well-being. I support the DoD for pushing these proposed regulations that would reduce predatory lending practices, significantly expand the protections provided to service members, close loopholes in current rules such as the open-end credit loophole found in Virginia, and help to ensure military families receive the stronger consumer protections they deserve. I simply wish that those same protections would apply across the board to service members, veterans, and civilians alike. There are many Virginia veterans and ordinary citizens who make similar wages to members of the armed forces, but who have few of the same protections. I believe the proposed rules should be the final rules, put in place to help those who protect and serve our nation. I also believe that members of the Virginia Congressional delegation who support our military should step up to the plate and fully support these proposed regulations, but they should also support strong rules on predatory lending that the CFPB is poised to create for the rest of us early next year. A strong workforce whether it is military, veteran, or civilian, can only be stronger with tools and protections to help maintain financial stability. I hope that our elected leaders have the guts to stand up for the economic well-being for all hard-working Americans.

Details of the proposed changes