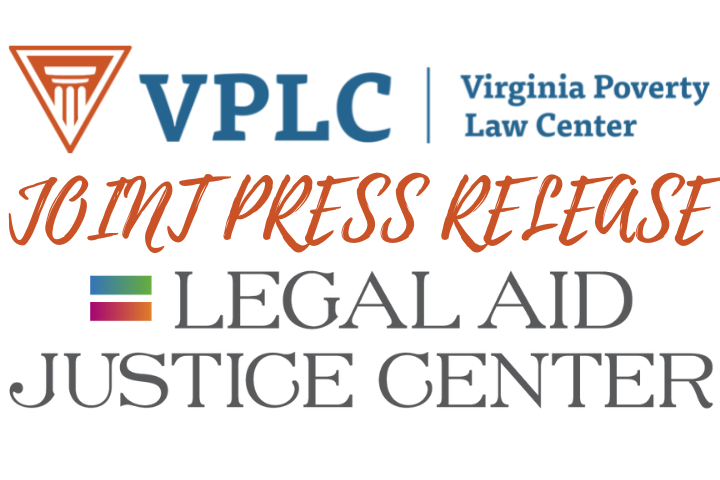 Richmond, VA – Outstanding bills for medical treatment are one of the leading causes of debt and bankruptcy, and medical debt is one of the most common debts for which Virginians are sued. Governor Youngkin’s vetoes of Del. Clark’s HB573 and Sen. Deeds’ SB297 have derailed critical, popular, and thoughtfully crafted bipartisan consumer debt reforms for thousands upon thousands of Virginians.

HB573 would have created a fair, consistent framework for medical debt lawsuits by setting the statute of limitations for obtaining a court judgment on unpaid medical debt—whether from private or public hospitals—at three years. The bill was vetted thoroughly through multiple hearings in both chambers, as well as independently by the Attorney General’s office, which provided important guidance on an amendment to the bill the patron gladly accepted. The bill initially passed the House of Delegates on a vote of 88-11 and passed the House again after accepting Senate amendments on a vote of 87-9. It passed the Senate unanimously.

Contrary to Governor Youngkin’s explanation, the language of the bill could not be clearer in limiting this reform to contracts for health care services provided by licensed health care providers—the exact language of the proposed statute and a clear legal framework for Virginia judges to uphold.

SB297 would have built upon an existing law that prevents debt collectors from
harassing crime victims who are seeking help from the Criminal Injuries Compensation Fund. Victims of crime who incur medical debt should be able to seek help from the Fund without fear or stress or harassment from debt collectors, and they should not have to bear the financial consequences of harsh collections practices for injuries done to them by others. SB297 would have given victims a way to enforce the existing right to avoid additional injury created by abusive and unlawful debt collection.

This bill was also carefully vetted by legislators during several additional hearings in both chambers, and amendments were even accepted in response to concerns of debt collectors. Governor Youngkin’s explanation that the legislation could “create unintended consequences that could harm small healthcare providers by creating additional legal liability” and “result in higher health care costs for Virginians” is puzzling and seems to ignore that the bill would only have allowed for enforcement of existing law in an effort to protect victims of crime.

These bills would have made life-changing differences in the lives of vulnerable
Virginians too often forced to struggle under the weight of medical debt for services they must agree to pay for up front without even knowing what their ultimate costs will be. These are debts that can result in garnishment of wages, liens on primary homes and vehicles, and lawsuits often resulting in judgments that destroy a person’s credit, their ability to rent a place to live, and in some cases even their employment status. The stress and financial consequences of debt collection can also further deteriorate these patients’ health.

In our work, we have worked with countless individuals and families who have
experienced harassment and abuse of the court system by debt collectors and debt buyers as they attempt to navigate a complicated and intimidating situation. We thank the patrons, health care patients, advocates, and legislators for championing these important bills, and we call on the General Assembly to honor the strong bipartisan votes already cast in favor of these two measures and—on behalf of the thousands of Virginians struggling with untenable health care debt and without access to justice in our courts—vote to overturn these two vetoes.