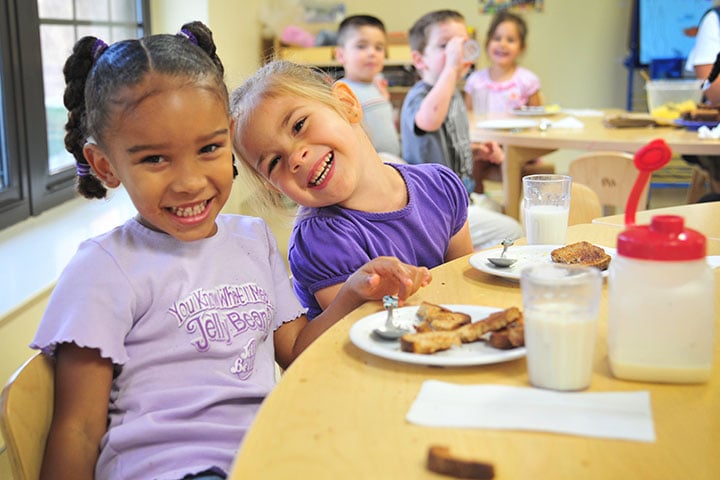 The annual national school breakfast report released today by the Food Research and Action Center (FRAC) finds that 221,414 low-income children in Virginia participated in school breakfast on an average day during the 2013-2014 School Year, an increase of 5,000 from the previous year.

“This is a step in the right direction,” said Virginia Hunger Solutions Director LaTonya Reed. “Virginia is on the right track to make sure even more children have a healthy meal to start their day.”

The School Breakfast Scorecard measures the success of the School Breakfast Program at the national and state levels. The FRAC report finds that 52 low-income children in Virginia ate school breakfast on an average day for every 100 that received free or reduced-price lunch during the 2013 – 2014 school year, placing the state just under the national average of 53:100.

“Good progress is being made, but there are still too many children in Virginia who are missing out on school breakfast and its benefits for health and education,” said Reed.

The report highlighted several strategies which continue to demonstrate their ability to contribute to higher participation rates. The top 10 performing districts all offer breakfast at no charge to all students and extensively utilize alternative school breakfast service models such as breakfast in the classroom throughout all or most of their schools. It also showed the benefits of Community Eligibility, a recent provision that allows high-poverty schools to offer breakfast and lunch at no charge to all students. This has been a key driver of school breakfast participation in early adopting states and school districts, and will continue to spur growth as more and more schools are attracted to the many benefits of the program. Richmond Public Schools currently are operating Community Eligibility, but this program has been slow to spread across the state.

“It’s not too late for school districts in Virginia to adopt Community Eligibility. This is a successful program that is contributing to more school meals for hungry children,” said Reed. “Virginia must seize this opportunity to make a difference for children in the state.”