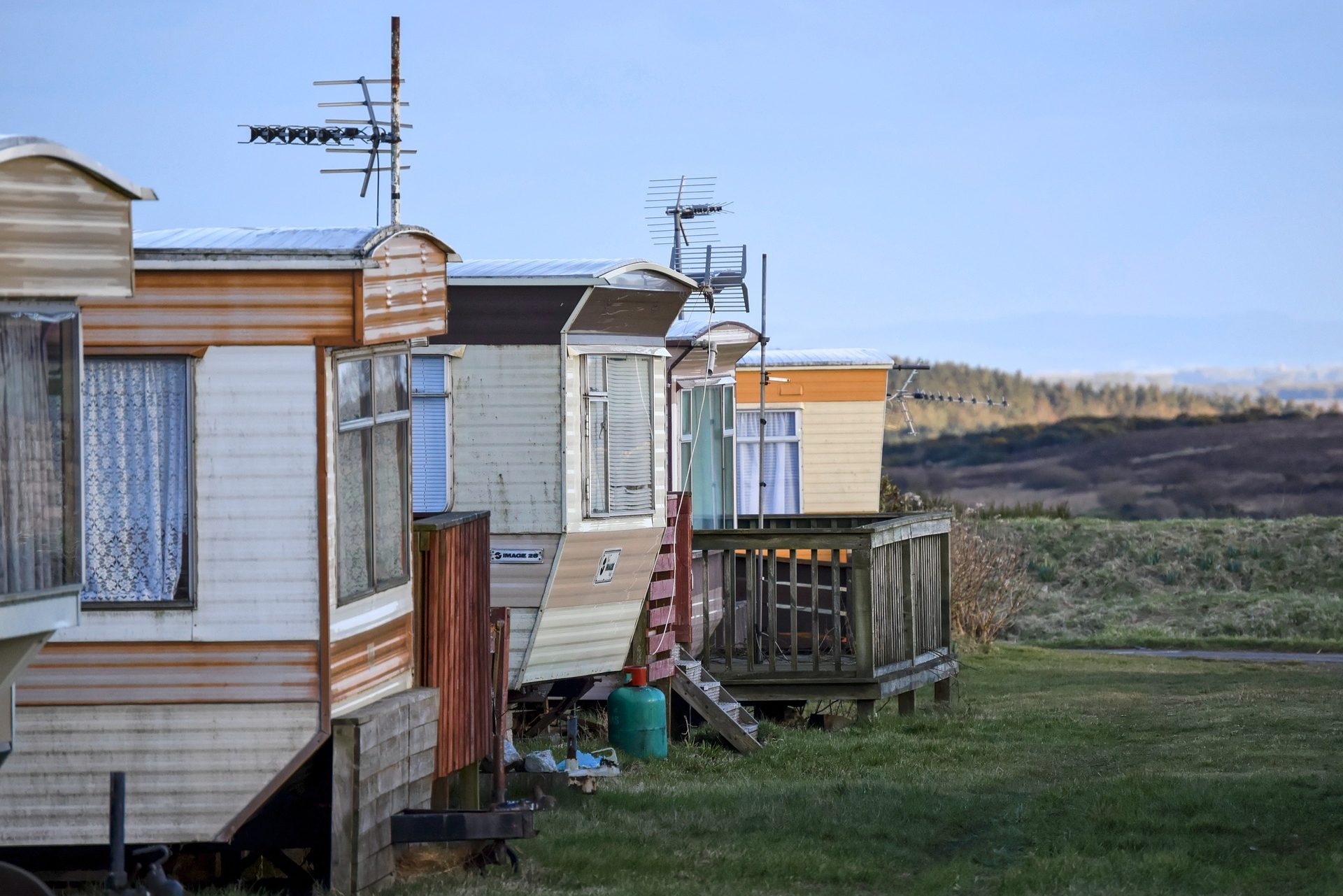 On Sunday’s Last Week Tonight, John Oliver shed light on an issue we’ve long been working on in Virginia: improving the conditions of mobile home parks. These communities, which offer affordable home-ownership and autonomy, have great potential—if we hold accountable the private owners who routinely exploit them.

Life in the Park

On a typical morning, parents stream out of the park for work while children shuffle to the bus for school. The park is quiet during the day, punctuated by residents returning from a night shift and the occasional retiree stepping outside for a breath of fresh air. Around 4, the park bursts back to life as children make their way from the bus stop, grabbing bikes and riding circles in the road. Teenagers gather around cars with the radio playing. As the evening stretches on, parents return home. If it’s a Friday night, they’re likely to meet at the house with the biggest lot, grilling chicken or a whole pig. Many of the homes belong to members of the same family. Cousins, brothers, aunts, and grandchildren have all trickled into the park over time, happy to have the support and community the intimate living space provides.

Several of the homes have been here since the 1970s, when mobile homes weren’t required to meet vigorous construction standards. But not all of them show their age. Resourceful residents have taken to making piecemeal improvements as they find the resources to do so—new skirting, a fresh coat of paint, and a large added porch do wonders to make an old house look modern.

But the bones of these old homes are often not quite up to the task of providing a livable space. Many of the homes have serious structural decay and non-functioning plumbing. There are holes in walls, deteriorating windows and floors, and large sections of ceiling that are bowed so that you brush your head against them. Thanks to gaps in the seams of these homes, insects and pests have easy access.

Residents generally try to keep appearances neat outside the homes, but inadequate drainage often turns yards into mud puddles. The private road running among the homes is pocked with potholes that rattle your bones. Residents have taken to driving off-road in places to guarantee a safer, smoother drive.

Outside forces threaten to close these communities with little to no opportunity for residents to voice their opinion.

If a landlord chooses to sell a community, Virginia law provides no recourse for home-owning inhabitants of the park. They get six months’ notice to move their home, which costs about $6,000 to $12,000. If the home is still there by that deadline, the homeowner will be charged for the cost of tearing down their own home.

Even when parks are not threatened with closure, residents are subject to exploitation.

The common mobile home park model is one in which a tenant owns their own home and pays for the lot on which it sits. This split of ownership creates affordability for the tenant who only needs to pay lot rent once they own their home. Meanwhile, the landlord makes a significant sum of money for renting out plots of dirt with utility hook-ups.

While standard landlord-tenant law is designed for a landlord who faces significant risk if a tenant breaks their lease, there’s a vastly reduced risk for landlords in the mobile home park context. Tenants who own their home don’t harm the landlord if they damage the home. And because lot rent is usually a fraction of the cost of a rental unit, tenants can get several months behind in rent before it starts to harm the landlord.

Virginia law acknowledges this difference by limiting the causes for eviction and altering protections for mobile home parks, but it is grossly inadequate considering the differences between standard landlord-tenant and mobile home landlord-tenant relations. For example, in mobile home parks, Virginia law requires a minimum of two breaches of a lease term that does not affect health or safety to terminate a lease. But simple violations such as parking too many cars in front of your home or planting flowers when it’s against park rules can result in eviction.

Even worse, Virginia law does not clearly provide protection against lease non-renewal. Landlords might simply not renew a lease as a way of getting a tenant off the property. Landlords have incentive to encourage turnover among tenants because they stand to gain more through selling an abandoned home than they might make off lot rent alone.

Since mobile home parks are privately-owned communities, the landlord is responsible for the infrastructure of the park, such as roads, plumbing, and electricity. Landlords often make more money by waiting until the infrastructure completely crumbles and then selling the land for redevelopment than by updating infrastructure periodically.

VPLC is working with mobile home park residents and partnering organizations to improve these communities by holding landlords accountable and building toward community ownership.

To improve the state of mobile home parks, residents must be able to take power into their own hands. With residents who understand their legal rights unified into one community group ready to address shortfalls, successful negotiations with the landlord for park-wide improvements can take place.

Once residents negotiate park improvements, they can gather financing to purchase the park. This likely takes the form of a limited equity co-op, using the existing residents’ association as the purchaser of the park. Residents will determine the priorities within the park and will be entitled to a long-term lease of their lot. Lot rents will service the mortgage on the park, and what remains will go toward park improvements and rent reduction.

This process has been successfully implemented in many other states but has not yet found its way to Virginia. While other states have an opportunity to purchase law where residents can purchase a park before it can be sold to someone who plans to close the park, Virginia has no such law.

Mobile home parks can have great benefits. They’re an affordable type of housing that provide an intensive use of land while allowing for freedom and ownership. But to reach their full potential, Virginia must update its laws to protect individuals who live in mobile home parks and provide the opportunity for communities to own the parks in which they live.