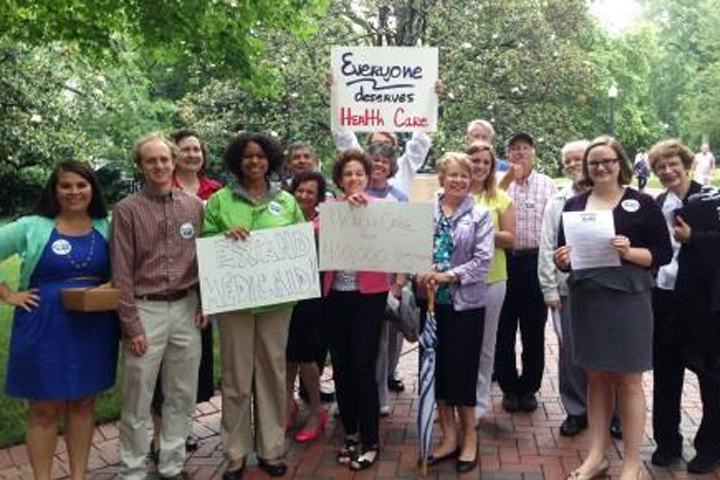 The Case for Medicaid Expansion

Governor McAuliffe vowed to move forward with Medicaid Expansion in Virginia at a press conference on June 20. Despite attempts by the legislature to derail his efforts, the Governor made clear that his promise to expand Medicaid to 400,000 uninsured Virginians would not go unmet.

Why is Medicaid expansion such an important issue to us here at VPLC?  Well, it really boils down to one thing-access to healthcare for more low-income Virginians than EVER before. Hard-working parents of children on Medicaid. Veterans and their families. Low-wage employees in the tourism and retail industries. People aged 50-64 who lost their jobs in the recession, are too young for Medicare and cannot find jobs with benefits or afford insurance premiums. Persons with disabling mental illness or other chronic, expensive conditions.

With the expansion, nearly all the uninsured whose income is within 138 percent of the federal poverty line could receive Medicaid.

For us, Medicaid Expansion isn’t a partisan issue—it just makes sense.  The number of people who would benefit, the number of jobs created, the amount of federal money that would flow into Virginia ($2 billion per year in federal funds to pay all the costs for the first three years of new coverage) are not small things.  Plus, support for Medicaid Expansion spans consumer groups, health care providers, chambers of commerce, religious organizations and local governments.

We are going to continue our work in helping Medicaid Expansion become a reality in Virginia.  We agree with Governor McAuliffe when he said, “It is unconscionable that one of the wealthiest states in one of the wealthiest nations in the world does not provide health care to its needy citizens, particularly when we have already paid for it.”

Read more about Medicaid Expansion on the Healthcare for All Virginians coalition’s website.