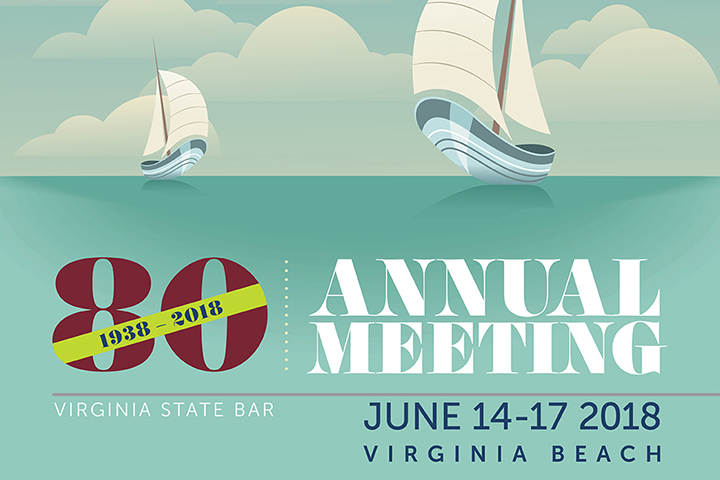 Lori D. Thompson, of LeClairRyan in Roanoke, and Polly Chong, a sole practitioner in Newport News, have been named Local Bar Leaders of the Year by the Virginia State Bar’s Conference of Local Bar Associations.

The award recognizes continued dedication of bar leaders and close cooperation with the VSB.

Thompson has practiced in Roanoke since 1997 when she graduated from the University of Virginia Law School. Her contributions to the local and statewide bars and the community have been extensive and widely recognized.

Thomas H. Miller, president of the Roanoke Bar Association, wrote that, “Many of the ideas for which our bar has been recognized over the last several years were the fruit of the imagination of Lori. …  She is a tireless worker.”

She was president of the Roanoke Bar Association in 2011-12. She is chair of the Roanoke Law Foundation and was one of the originators of its gala. Thompson started the Santa in Square, Day of Service, Mentor Match, and Barrister Book Buddies programs.

Chong has been a member of the Greater Peninsula Women’s Bar Association since 1996. She served as chair of the association’s annual Charity Gala for ten years, was a volunteer for the Color of Justice Program, and a member of the Judicial Nominations Committee.

Elwood Earl “Sandy” Sanders Jr., of Lantagne Legal Printing, wrote that, “Polly Chong is an attorney with a tremendous passion for equal justice under law and demonstrates it by her many civic and bar activities.”

Through the Charity Gala, Chong has helped raise funds for such organizations as the Boys and Girls Club, Transitions Family Violence Services, breast cancer research, CASA, and Big Brothers and Big Sisters.

She is a member of the Old Dominion Bar Association, the I’Anson-Hoffman American Inn of Court, the Downtown Hampton Childhood Development Center, the Hampton-Newport News Community Criminal Justice Board, the Newport News Library Committee, and the Southern Christian Leadership Conference. She also is an attorney for the Southern Police Benevolent Association and a member of Liberty Baptist Church.

The awards will be presented June 14 during the Virginia State Bar’s Annual Meeting in Virginia Beach.

Lori Thompson is Vice President of VPLC’s Board of Directors.