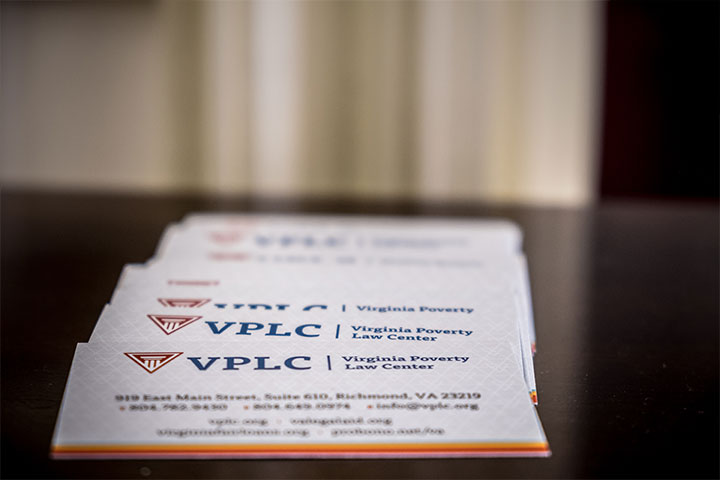 In Session: VPLC at the General Assembly

The General Assembly is in session, and our advocates are analyzing bills to make sure the interests of low-income Virginians are considered by lawmakers.

We’d like to open a little window on our life here at VPLC during the session, through regular updates on this blog.  With more than 1,500 bills so far, scrolling through the legislative website is part of a VPLC advocate’s day.  We already have some news on bills that we’d like to pass along:

If you come to the General Assembly Building in the next few weeks, you’ll see us promoting the issues we have identified as important or working, often with other advocates, to craft compromises and to educate about the effects of legislation on the poor.

We’ll provide updates to you, our readers, as often as we can and certainly when we have important news to pass along.  To read our legislative priorities for this session, please click here.