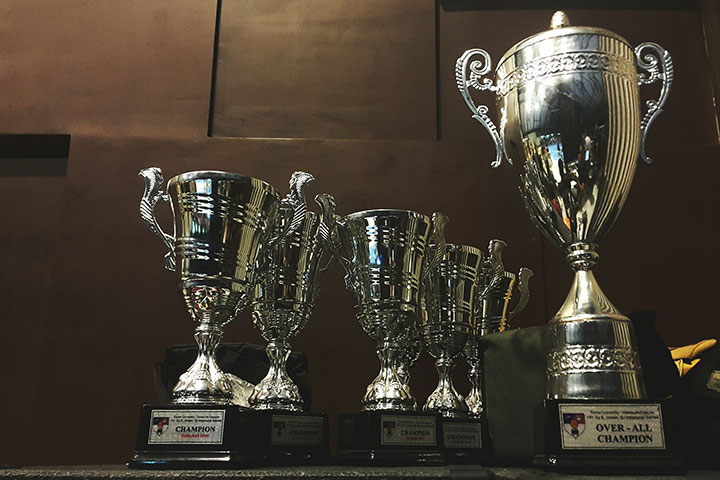 VPLC’s own Kathy Pryorreceived the disAbility Law Center’s highest award at their Liberty and Justice for ALL Annual Gala. Kathy received the Darrel Tiller Mason Excellence in Advocacy Award tonight for her advocacy on behalf of the elderly and disablede’re proud to work with such an amazing attorney advocate and leader.

I am so honored to receive this Darrel Tillar Mason Excellence in Advocacy Award.  Thank you!  As I look around this room, I see so many people who have been doing the hard work of advocacy for many years—advocating for the poor, for the disability community, for nursing home residents, and others.  I am honored to be among this group of caring committed people and I share this award with so many—

As I thought about saying a few words tonight, I tried to decide what excellence in advocacy means.  And what came to me is not actually the definition of advocacy, but I think it IS what all you who share this award have in common. What you all share is the idea of standing with and giving voice to those who may be unable to stand up for themselves or effectively give voice to their own needs or concerns.  Our efforts may not always be successful—certainly many of my efforts have not been.  But we do have some successes along the way.  And perhaps the act of presence with and standing up for vulnerable individuals and giving voice to their rights and needs is at least as important as whatever we might actually accomplish for them.

For those issues we address which seem to be insolvable, at least in our lifetimes, I leave you with this story from Following the Path by Joan Chittister:

“Tell me the weight of a snowflake,” a coal mouse asked a wild dove.

“Nothing more than nothing,” the dove answered.

“In that case I must tell you a marvelous story,” the coal mouse said. “I sat on a fir branch close to the trunk when it began to snow.  Not heavily, not in a raging blizzard.  No, just like in a dream, without any violence at all.  Since I didn’t have anything better to do, I counted the snowflakes settling on the twigs and needles of my branch.  Their number was exactly 3,471,952.  When the next snowflake dropped onto the branch—nothing more than nothing—as you say—the branch broke off.”  Having said that, the coal mouse ran away.

The dove, since Noah’s time an authority on peace, thought about the story for awhile.  Finally, she said to herself, “Perhaps there is only one person’s voice lacking for peace to come to the world.”

That is why we do advocacy—surely it is to help individuals today and to improve things incrementally along the way.  But we also hold onto that hope that ours might be that one voice which had been lacking for peace…or Medicaid expansion…or quality nursing home care…to finally come to Virginia.