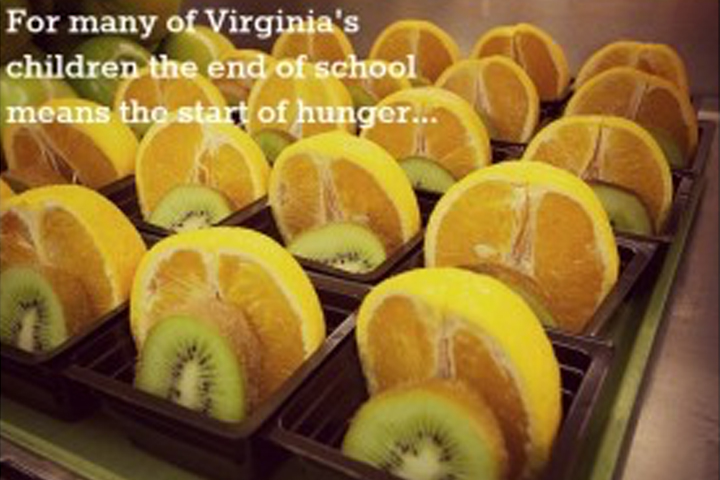 The end of school is often the start of hunger for many of Virginia’s low-income children.

This week, the Food Research and Action Center (FRAC) released “Hunger Doesn’t Take a Vacation” – its annual report on summer food participation for the nation.  Here are three things the report tells us about kids receiving summer meals in Virginia:

Last year, 66,402 low-income children received summer meals on an average day in July 2013. This represents a 3.4 % decrease from the previous summer.  What happened between 2012 and 2013?  Fewer sites offered summer meals.  Less sites mean fewer places for children to go and get the nutritious meals they need.

Virginia was one of five states targeted in 2013 by the United States Department of Agriculture for increased assistance in growing the number of children eating summer meals.  Though participation fell, the foundation is set and hopefully an increase is on the horizon.

The Summer Nutrition Programs, which include the Summer Food Service Program and the National School Lunch Program, should be filling the food gap for the thousands of low-income Virginia children who rely on school breakfast and lunch during the school year to help keep hunger at bay.  To find summer meal sites near your community, visit Why Hunger website or call 211.